During the past year we have taken part in a few events and fundraisers along with guestspots with other dance-companies in Second Life. I find being in collaborations like this with other likeminded creative people very inspiring and it is always a great joy to make new connections and see new ideas.

To Benefit The Relay for Life

With a fabulous lineup we are very proud to have been part of:

Through the Dark By: Jess (jesscauld1987)

MARDI GRAS IN NEW ORLEANS ON THE OWTAGETCHA BAYOU IN SECOND LIFE!!!!
Feb 13 thru 17 we’re having Mardi Gras celebrations on Stingray Bay which is set up as virtual New Orleans….live music, dancing and on Feb 17th 1-3pm slt, we’ll be having a parade!!! floats and dancing, lots of fun!!! 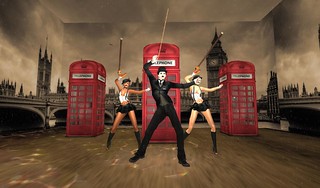 A show created for the 10 year anniversairy of the SL Enquierer. Performed on May 9th 2015 @ 3pmslt

A small collection of new and old, remastered for the not so usual crowd:)